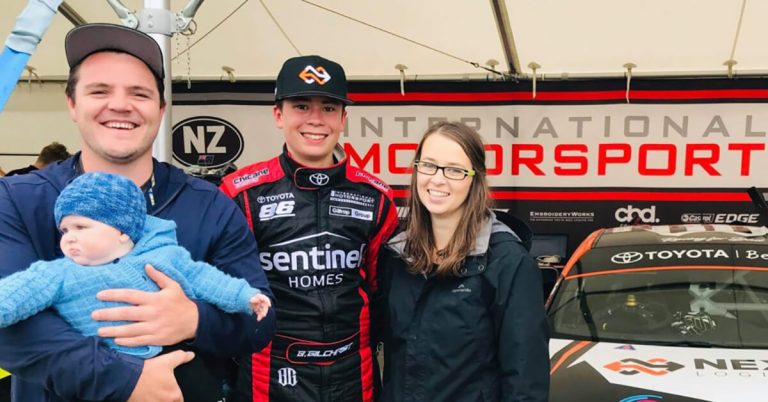 Lachie has grown up in Southland, he started his Electrical Apprenticeship here (back in 2012) and now he’s the proud owner of Kinetic Electrical South. He loves hard work, getting his hands dirty and enjoys a beer or two when he knows he’s earned it. Over the years Lachie has gained experience in all aspects of Electrical work from residential, commercial and Industrial through to his real passion Rural (farming).

Becoming a business owner was always the plan for me, one way or another.

I had gone round in circles as to whether buying an existing company with established branding and reputation or going solo was the best idea for me. The Kinetic add had caught my eye numerous times.

I was skeptical at first, to be honest, but after speaking to other franchises about the process and the Kinetic set up I was sold on the idea and haven’t looked back.

Tell us a bit about the process

Like I said the Kinetic add had caught my eye several times, so I made contact with Kinetic to get the ball rolling. From there the process and communication were as professional as could be. I met with Ken and Darren and in Hawkes Bay and I was sold.

How has Kinetic helped you get your business going?

In so many ways. It just gave me that final piece of confidence and back up to convince me to take the leap. I have gained substantial clientele purely from being Kinetic Electrical South. Business set up, budgets, goals.

What does it mean to have a national bend like Kinetic?

It means your not alone, you have endless resources and help. For both me and my partner the support has been second to none.

Your business is now up and running, hate have the first feat months been?

They have been very busy but extremely rewarding. It certainly is not easy juggling a young family a new business but it has been made considerably easier by becoming a member of the Kinetic Group. 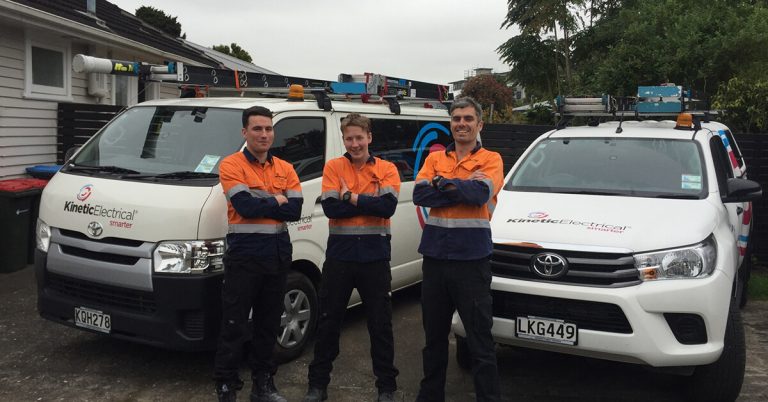 Ben now has a qualified tradesman (Jake) and an apprentice 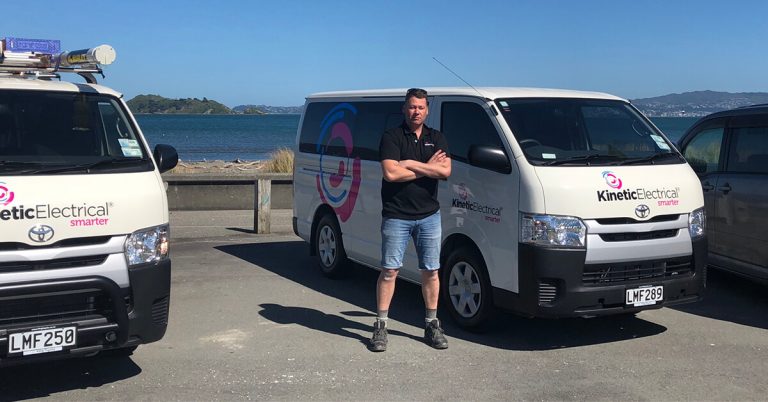 Jamie is one of those electricians that loves what he 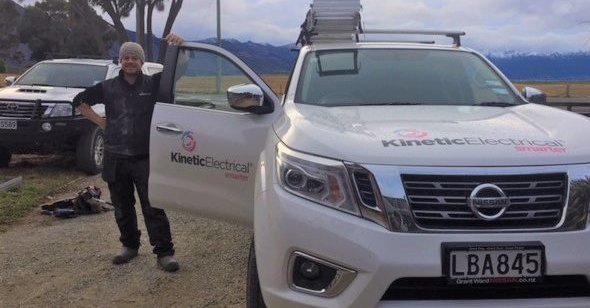 Sam has been working in the Electrical Industry for over

Our highly trained and fully qualified electricians provide the full suite of electrical services nationwide. For any commercial, industrial, rural or residential electrical needs, get in touch with your local Kinetic electrician.